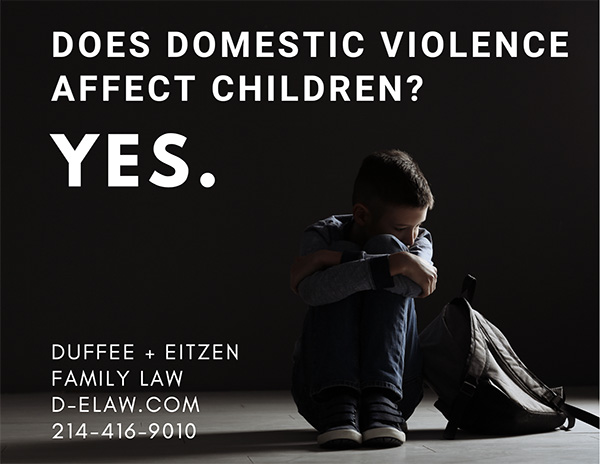 So often, we hear victims of domestic violence say that they stayed in an abusive relationship for the children.  This is a sacrifice and gift that many victims are willing to give their children.  There seems to be a belief that, as long as a child is not being physically harmed by the abuser or not witnessing the physical abuse perpetrated by the abuser, the children are better off in a two-parent household.  But what are we really giving our children when we stay in an abusive relationship?

First, no matter how careful you are to ensure the children do not witness any physical abuse—perhaps they are in another room or they are asleep—they can still hear what is happening.  They can hear what leads up to the physical abuse—yelling, threatening, belittling, demeaning, etc.  And children sense the tension– the enraged abuser, the hurt and scared victim, the broken objects in the home. They are often witnesses to the aftermath of the abuse—the bruises, the fear, the apology from the abuser, the promises that it will never happen again.  To believe that the children in a home where domestic violence occurs have no idea about the abuse is to hide behind a lie of convenience and denial.

Living in a home where domestic violence occurs can affect children in a myriad of ways.

The brain development of children in the first 5 years of life who are exposed to domestic violence can be negatively affected.  If a child does not have a secure ongoing relationship to a caretaker and that caregiver is unable to co-regulate her emotions in the presence of a stressor so that the child can regulate his or her own emotions the child can have poor mother-infant attachment.

Children often internalize events and behaviors.  Like many children who blame themselves for their parents’ divorce, children often blame themselves for the cycle of abuse they witness. This can lead to anxiety and/or depression.  For school-age children, it can lead to lower self-esteem, acting out in school, skipping school and psychosomatic issues such as headaches and stomachaches.

Teens who have witnessed abuse may start acting out by fighting with family members.  They may begin to engage in risky behaviors such as having unprotected sex and/or using alcohol or drugs.  Boys may tend to engage in fighting or bullying behavior.  Girls may tend to be more withdrawn and may experience depression.

Witnessing the nightmare of an abusive relationship normalizes that kind of relationship for children.  They often grow up to believe that love is equivalent to pain and fear.

Not only is it harmful for children to see one of their parents hurt or abused by their other parent, there is no guarantee that the abuser will refrain from abusing the children.  If someone is willing to abuse their partner, why would they stop there?

The myth that children should grow up in a two-parent household at all costs is not only false, but it can be devastating for children. We should consider the emotional trauma of helplessly watching as one of your parents continues to be scared and hurt by the other parent. Studies show that children need a safe, stable environment, whether there are two parents or one parent in that environment.  Not only is this critical for children, the guilt children may feel as adults knowing that a parent stayed in an abusive relationship for them can be crippling.

No one deserves to be abused.  And no child deserves to witness a parent hurt another parent.  As a society, we pay lip service to the welfare and success of our children.  However, if we cannot ensure that each child lives in a safe and stable home free of fear and abuse, what value are we really placing on children’s welfare? 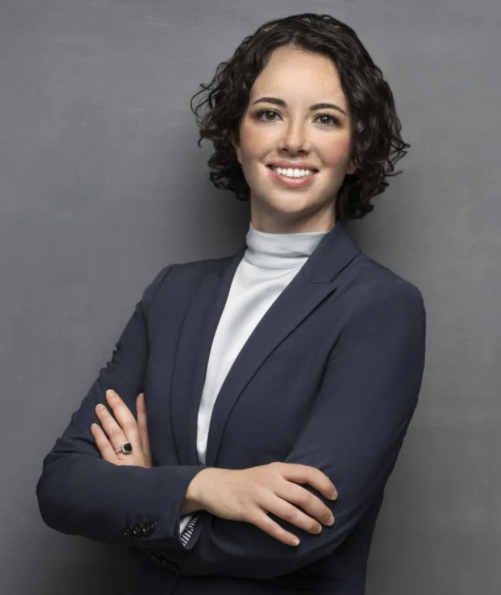